For most new mothers, giving birth is the easy part. It's the worrying, the juggling, the financial stress and trying to please everyone that makes a working mother's life challenging.

In honor of Mother's Day, I spoke to new mothers and asked them what makes a difference for them at work — what keeps them in the job they hold after returning from maternity leave. I wanted to know if what they need is what employers think they need.

Janet Fernandez knows she's fortunate. She's in business for herself and makes her own hours. Most new mothers want control over their schedules. Time off means lack of income, but Janet went back after two weeks working a reduced schedule out of her home. She plans to start working from her office soon, for a few hours a day while her mother watches the baby. Janet, a travel agent, says she's narrowed her niche, and will now specialize by running cruiseweddingsinc.com. She feels that will allow her to work smarter, still earn income and still spend time with her baby.

Five years after giving birth, Katrina Ductant, a safety manager for South Florida for Turner Construction Co., still remembers how difficult it was to come back to work after giving birth, particularly in a male dominated industry – construction. One of the first things she did was have a conversation with her supervisor. She let him know she preferred not to work the late night shifts. He agreed. "In return, I worked harder while at work. I would go the extra mile so that when I did leave, I didn’t leave feeling like could have done more or didn’t have productive
day."

I also spoke to Rose Alouidor, mother of three month old Melody. Rose is a teacher at Sunny Isles Beach K-8. She told me she went back to work after 7 weeks because she couldn't afford to take more time off. Fortunately, she works in a family-friendly school where her prinicipal and co-workers understand if she needs to come in late to take her baby to the pediatrician. "The key thing that makes a difference, is an understanding employer, before and after you have the baby."

What I came to learn from new mothers is that both a supportive boss and supportive co-workers are key in whether a mother stays in her job during that critical first year. There are lots of moms who go back to work and get treated so poorly, they leave. They don't necessarily drop out of the workforce, they find a job that better suits them.

Today's mothers are older on average, more experienced and skilled. It's in an employer's financial interest to do what it takes to keep them. I hope today's column gives them some much-needed insight. Moms, if you aren't getting support at work, look at your options. There are some businesses where moms are treated well. 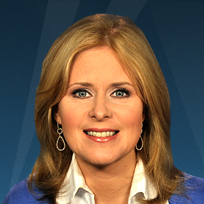 Janet Fernandez is a business owner who makes her own work schedule. She started working from home two weeks after baby Sofia was born.